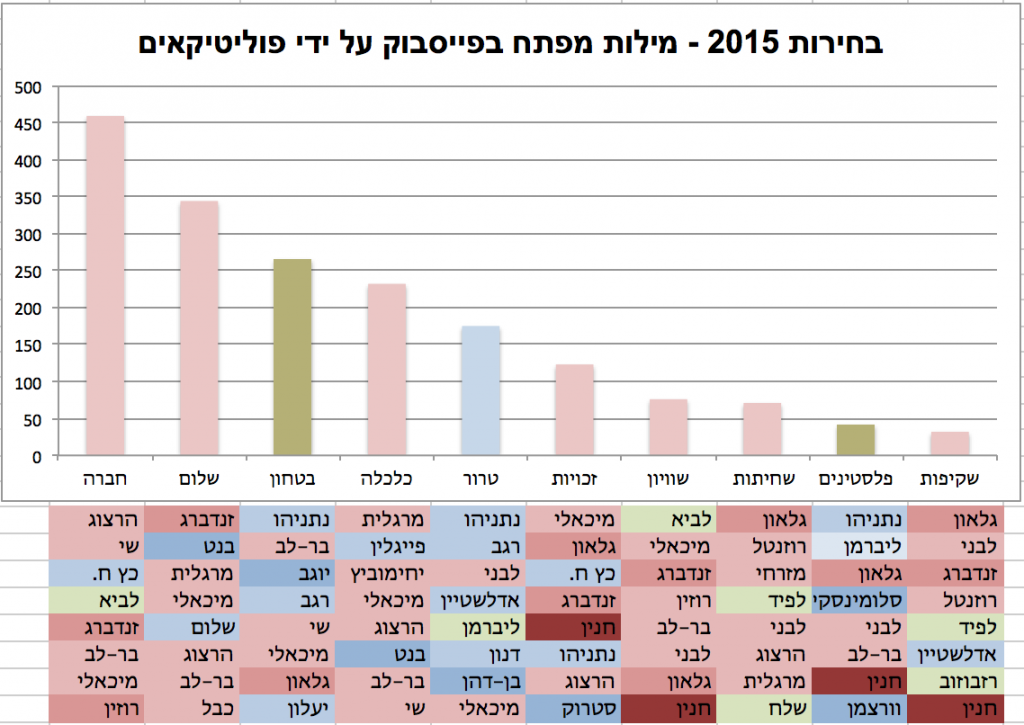 Follow the Money: Mushon Zer-Aviv: The Keys to the Israeli Budget

Posted on January 8, 2015 by Jed Miller in the Transparency and Accountability Initiative blog

The following post is by Mushon Zer-Aviv, a participant in T/AI’s upcomingFollow the Money Workshop in Berlin. He is a designer, educator and media activist based in Tel Aviv. You can read more by him at mushon.com and follow him at @mushon.

After the 2010 fire that devastated Carmel heights, one of the largest forests in Israel, the public was outraged at the scorched mountains and lives left in turmoil. The fire departments said they had not received adequate funding to battle the flames and the papers chronicled a vicious blame game between the Prime Minister, the Minister of Internal Affairs and the treasury.

Adam Kariv, a developer and open data aficionado, tried to find the facts behind the official claims, but the relevant budget data was nowhere to be found online. This initial inquiry—an itch that couldn’t be scratched—led to a series of budget transparency projects at the Public Knowledge Workshop, and to four years of lessons in how to navigate resistance to open government, change culture and use technology to “follow the money.”

We found an early ally in Michael Eitan, a former Minister of Civic Services who understood the potential of our work and helped us bypass some of the bureaucracy of government funding and contracting. By pulling a few  strings, he was able to get us the upcoming year’s proposed budget, information that had never before been released to the public.

The data was pretty messy, different formats and standards, distributed across many files, but nothing Adam’s Python skills couldn’t handle. The resulting Open Budget website, launched in March 2011 under a .gov.il domain, was the first government/NGO collaboration of its kind in Israel and quickly became an important reference tool for researchers and journalists seeking budget data.

But when Adam asked me to help with site’s design, I didn’t want anything to do with the project. I wasn’t comfortable calling the budget “open.” With the data in the form it was in, the site was saying something more like: “The budget is open; you’re dumb.” I didn’t believe someone like me could dive into the data and expect to learn anything meaningful, until Adam showed me the impressive New York Times bubble-packing diagram that visualized changes and revealed stories hidden within the U.S. federal budget.

Inspired by this example, we built the Budget Opener, working with the daily financial news company Calcalist. This time we focused on comparing the proposed 2013-2014 budget with the 2011-2012 one. Expanding on elements of the Times tool, we added a drill-down function and features for deep-linking, embedding and sharing. Calcalist wrote human-readable annotations to the main budget items and we all crossed our fingers that the treasury would hold true to their promise to deliver us a clean dataset as soon as the 2013-2014 budget proposal was presented. They did, and a week later we launched. The launch was a success. It generated an unprecedented public budget debate and practically served as a “table of contents” for the process leading up to the parliament’s budget vote. Calcalist used the tools to write budget stories with insights they could not have had before.

We were proud, but terrified.

The thing was, we were comparing two budgets but we learned that we were effectively comparing one lie to another: As soon as each year begins, the finalized budget changes drastically through transactions between different ministries and the reserves, while an approved budget proposal is ultimately just a draft that is modified by the treasury, with little to no oversight by the parliament’s finance committee.

We felt very guilty, and very motivated to do something about it. We had no access to the data on these transactions, and the treasury was not eager to release it, claiming they had no spreadsheet files of the transfers, and that they complied with freedom of information laws by “opening” the finance committee’s paper archives. So we took them at their word and sent a team to scan the paper files and upload them to the web. At 8:00 a.m. on a Tuesday we announced the project, inviting the public to help us digitize the files. The plan was a hit on both social and traditional media and the database tables began to fill up. By 8:00 p.m., the treasury must have realized it was one fight they couldn’t win: They “found” the spreadsheets and agreed to make them public on data.gov.il.

We had unlocked new data, but we hadn’t shifted the process. The government transfer data was still available only in retrospect. The public had no way to monitor requests as they came to the finance committee. Even worse, many well-intentioned parliament members were being required to approve transfers “on the fly” without advance review or a chance to understand their impact. This led to some areas being consistently underfunded while other areas were being inflated year after year by hundreds or thousands of percent, with virtually no oversight. Practices like these rendered the official budget we had visualized so nicely for everybody almost irrelevant.

The tables started to turn when Stav Shaffir, the youngest and arguably the most energetic member of parliament, began demanding answers in the finance committee. When none were given, she turned to the High Court of Justice, arguing that the budgetary transfer practices were in conflict with Israel’s budget law and therefore illegal.

That was when we got a quite surprising email. The treasury, playing defense—and probably looking for some extra points on transparency—had turned to us. They asked why the public was seeing them as bad guys in the story, and furthermore why the public even cared about budget data they can’t understand. We came prepared to this conversation. We clarified that we are not Wikileaks, and we’re not interested in turning transparency into a battleground between “good activists” and “bad government.”

A few months later, our efforts bore fruit. The treasury began releasing the transfer data in machine-readable format a week before the transfers were discussed in the finance committee. These weekly transfer datasets became the cornerstone for our latest and most ambitious budget transparency site yet. On December 4th 2014 we launched “The Budget Key” at a special conference in Parliament.

In this new tool, budgetary transactions are in the foreground. The bubble visualization helps viewers see which budgets grew and which were reduced through the. On each item’s page, we track its budget share and progress through the year. The system chronicles each budget request verbatim and also sends an email alert seconds after each transaction request is published, basically making us “the first responder” on budget activity.

To make the budget—and the site itself—easier to understand, we prepared an interactive tour that presents one huge government corruption case currently unfolding. Let us show you what corruption looks like through the Budget Budget Key (and if you’re brave enough, Google Translate it).

Through these launches, obstacles and victories, we continue to experience the transparency paradox—the more you make accessible, the deeper the rabbit hole goes. We’re currently working with a growing group of volunteers on multiple parallel threads, opening contracts, state incomes, salaries, crossing with local budgets, and with external databases. Every week, a new challenge unfolds. 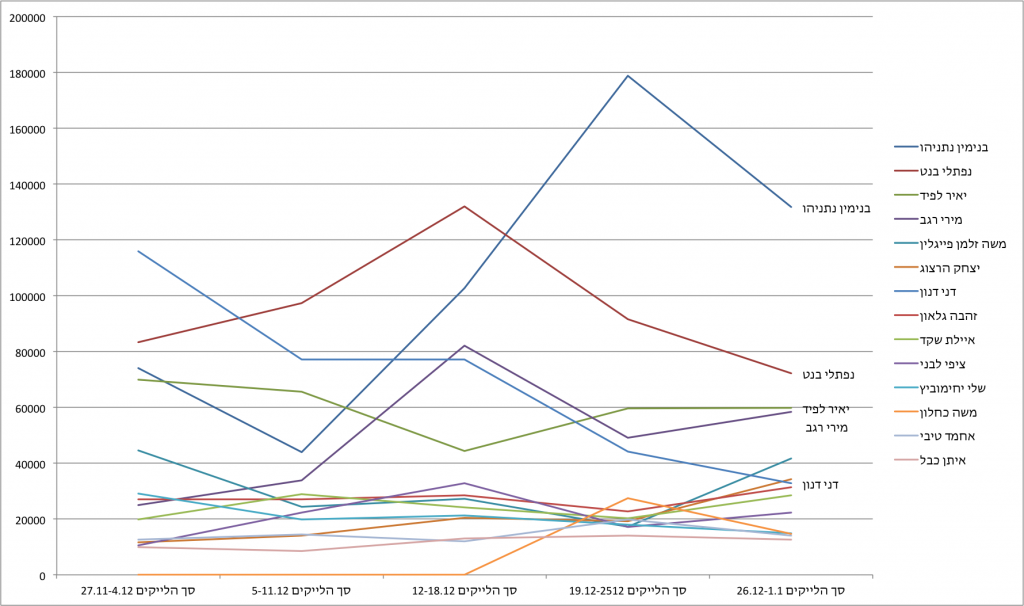 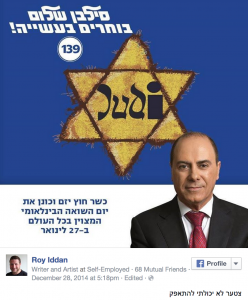 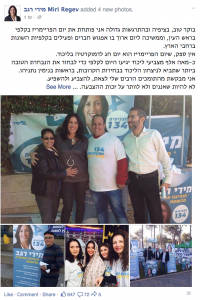 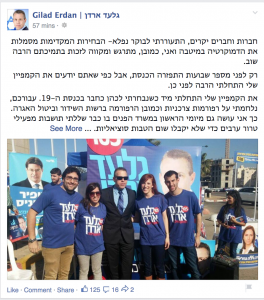 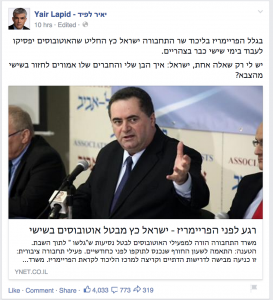 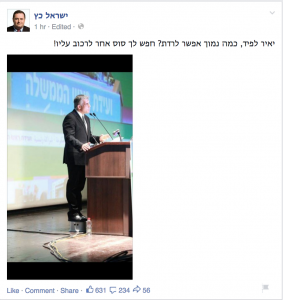 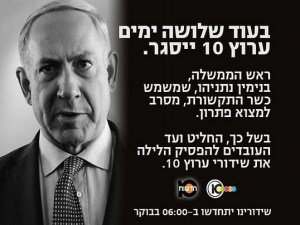